New Moon today falls in the sign on Aquarius. This new moon carries a light vibration of beautiful, abundant energy after such an intense eclipse portal.

‘The “Water Bearer” symbol that represents Aquarius is symbolic of washing away the past to make way for a new start and also translates to “pure spiritual energy.” This is a time for cutting cords binding us to anything holding us back or anyone that we know has been holding us back or where we are settling rather than thriving. It’s also for making bold decisions that leads us to fresh new starts. We are being called to pay attention to the direction our energy is flowing in, as certain areas are draining our spirit. whereas others are watering us and helping with our growth.

This new moon will highlight any relationships or situations that are out of balance and will be nudging us to recognise our worth and to walk away from inequality, chaos, disharmony, dysfunction and disloyalty. This sign is all about the Yin and Yang. It is telling us to not go with the flow, but to become the flow.

This cosmic energy is creating a sharp energetic shift that will majorly affect anyone who has felt stuck in the “should I try harder or should I walk away” limbo. This may be connected to either love, friendship, family, career, or general circumstance, and will move anything (or anyone) not meant for us out of our way and move whatever is fated closer.

It’s time to focus on balancing everything we are putting our energy into. Are we giving or taking far too much? Are we leaning in and leaning out harmoniously? Or are we trying to force something or someone that just doesn’t want to budge? As we move through this move phase be prepared for sudden, but positive, change related to anything out of alignment.’ – Alex Myles.

Let’s see what messages the cards have for you at this new moon.

Think of a question in your mind.

Choose a card below which you are most drawn to.

Scroll down to reveal the messages.

Who is she: Sekhmet represents the sacred rage that keeps us protected and reminds the world of the pure strength of pfemale power. Sekhmet is an Egyptian warrior goddess depicted with the head of a lioness and the body of a woman. The lion was considered the fiercest hunter in Egypt and a sign of protection. She is the daughter of the sun god Ra. The red solar disc that she wears indicates that she is a solar deity. She is known as the Powerful One, the Red Lady. She Who Mauls, and the One Before Whom Evil Trembles. The ancient Egyptians held rituals at the end of war and at the beginning of each new year to tame the wrath of Sekhmet. They would play music, drink beer that was dyed with pomegranate juice, and dress all of the Sekhmet statues in red. It was believed that the inebriation would lull the goddess into a stupor and end her destruction. Sekhmet was a powerful guardian and protector of the Pharaoh. She was called on during times of war and considered to be a goddess of divine retribution.

When your soul selects her card: Holy rage, sacred anger, and positive aggression – these states of being are crucial aspects of the divine feminine. It’s the female power that ends wars, that brings home missing children, that seeks justice for the earth and for those who can’t defend themselves. The brilliant artist and mystic William Blake relates that ‘the voice of honest indigenation is the voice of God.’ The feminine has for too long been disassociated from rage and anger. If we can’t embody the fiery emotion of anger, it often festers or expresses itself in subversive, manipulative ways. Or leaves us anxious and frustrated. Positive agression, acting with love on behalf of what breaks or enrages us, is what allows us to become agents of change to better our lives and the world around us. Sekhmet wants us to come face to face with our true strength. power doesn’t come from passive-aggressive behaviours. We don’t have to fear expressing our anger directly to an institution or a person who is acting unjustly. Sekhmet wants us to see that anger is an essential emotion. And Sekhmet is the sacred call to move that anger from pure emotion into conscious action. She wants us to act with conviction and from love. She wants us to create the healthy boundaries we need so we aren’t injured again and again. Or so that we can free ourselves from a destructive pattern it’s time to end. We have divine right to draw a sacred circle around us at all times. The protection we invoke for ourselves and others helps move us from feeling helpless to taking action. Where can I create loving boundaries in my life?

I am pure strength. I honour my anger by giving voice to it.

2. Brigid – The Goddess of The Eternal Flame

Who is she: Brigid represents the essence of an inner dawn, and the healing that comes from knowing that the best is yet to come. Brigid is the goddess of pre-christian Ireland. She is associated with the Indo-European dawn goddess and the coming of Spring. She is celebrated in a Celtic festival called Imbolc that takes place halfway between the Winter and the Spring solstices. It is said that at the moment between dusk and daybreak, Brigid arose into the sky with flames like rays of the sun blazing in her hair. There’s a shrine near Kildare in Ireland that is sacred to the druids because it was believed to have been a place where Brigid’s priestesses tended to her eternal flame. This is where they learned the ancient healing practices that are associated with Brigid. And this is where in 480 C.E., Saint Brigid built a monastery in honor of the goddess and created a communal and consecrated center for women’s religious life and learning. Brigid is associated with poetry, and with all things elevated: states of being, high rising flames, lofty dimensions, elevated wisdom. She is said to have created the whistle for calling out from one person to another while walking through the night, which lifts the wanderer with its levity and reminds her she’s not alone.

When your soul selects her card: There’s that moment when you’re making your way through the dark and suddenly (after what feels like days, or even months, or even years) a ray of light comes through to you. A lightening happens. Each step isn’t quite as hard to make as the one before. And you feel a great shift begin, as if now you’re headed toward something new. Something even brighter. Brigid is the essence of that first flame, that first ray of light. Brigid reminds us that the darkness never lasts. Brigid’s eternal flame represents the truth that the light never leaves us and can never be extinguished. It simply gets obscured or blocked from us. She reminds us that every day is actually filled with light; there are many days (and times in our lives) when we endure thick cloud cover. When that flame that exists within us is blocked by pain or confusion. Brigid is the sweet sound that reaches us in the dark and reminds us that we have never been on this journey alone. Brigid is our sign that the dawn is here because we have made it through the dark winter. We can lift our head. The healing has happened. And now each next day is bound to be brighter. What allows me to feel light more often, every day?

I am an eternal flame. And each day, my light grows brighter.

3. Diana – Queen of the Wilderness

Who is she: Diana represents the call to embody a more primal connection to the wilderness that exists within. The goddess Diana was worshipped in the ancient Roman religion that originated in Italy. She is the daughter of Jupiter and Latona, born on the island of Delos with her twin brother, Apollo, god of the sun. The temple of Diana in Rome dates back to the 6th century B.C.E She was the protectress and patroness of the lower class and slaves who could seek sanctuary in her temples. The temple to Diana in Ephesus (also attributed to the Greek goddess Artemis) was considered one of the seven wonders of the ancient world. It took 220 years to build, and the magnificent statue of Diana covered in breasts symbolises her worship as a fertility goddess for women. Paul in the Acts of the Apostles in the New Testament mentions Diana’s temple since her following was extensive and seen as a threat to Christianity. The most famous place to worship Diana was in the sacred grove of oak trees on the shores of Lake Nemi near Rome. Out in nature, connected to the earth and to the wild animals that roam freely across it, here she is the huntress with her golden bow and arrows. She is independent, free-spirited goddess who communes with the moon, the natural world, and those who cannot speak for themselves.

When your souls selects her card: Sometimes the answer is the simple, elemental need to just walk barefoot in the grass or, even better, the mud. Sometimes we get so caught up in what’s happening (or what isn’t happening) that we forget to just be. We forget that there is tremendous power surging up from the earth wanting to take whatever energy is no longer serving us. We forget that we can commune with the trees, those ancient protectors and elders whose language comes with the help of the wind and the slow soft caress that touches our cheek. Answers sometimes need to come from the basic desire of the body to feel grounded here on earth. Diana is associated with fertility, the phases of the moon, and the ability to communicate with animals. Of course, not with any human language, but with the frequency of love and intention, which animals perceive. If we open ourselves up to it, we can connect to the wisdom in the natural world even if we live far from it. Even if we’re deep in the heart of the busiest city, a sign on a bus, a logo on a T-shirt, or a card someone sends us may carry an image of the animal that ants to reach us. Or we may be visited by a possum on a fire escape or hawk on a window ledge. We don’t have to be in wilderness to access the wisdom of the natural world. The wilderness is within us; we are part of it. There’s so much more we can receive from the wordless life all around us. We have to develop the heart that can hear it. What spirit animal has medicine or a message to give me in this moment?

The language of the natural world is a frequency of love. This is my mother tongue.

I am feeling a huge shift in energy coming with this new moon and the month of February. This New Moon is finally going to bring change in our physical world. This is a really powerful new moon that brings so much abundance and magic. Please take some time to do a ritual, set your intentions and commit to manifesting your dreams this month.

This site uses Akismet to reduce spam. Learn how your comment data is processed.

Subscribe to my fortnightly Moon Readings for a touch of magic in your inbox and 15% off your first order. 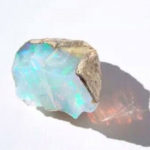 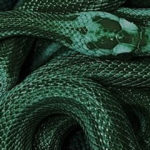 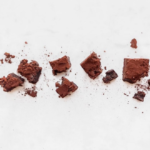